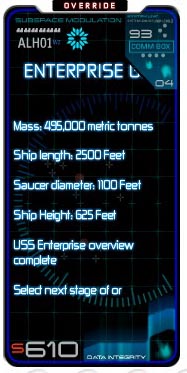 Another source is cg society, gives us the following 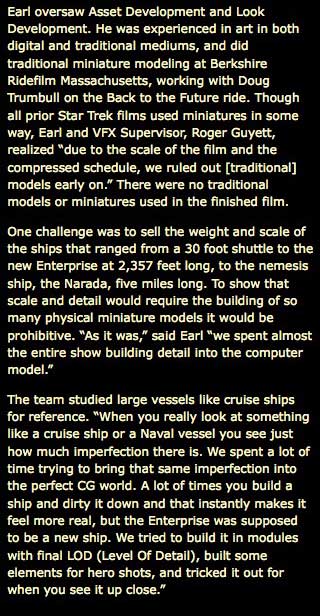 Seen as the Enterprise maneuvers away from the space station, this ship is one of the more unique hull configurations we have ever seen. For the first time ever there are two engineering hulls beneath the saucer, mounted onto some sort of impulse engine housing on the back of the saucer section via sloping necks. There are then two nacelles above the saucer, directly above the engineering hulls, which appear similar to those on the Kelvin, though shorter. The nacelles are mounted directly onto the saucer. There is a rollbar between the nacelles with a housing in the middle - not big enough to be a hull as such, I suspect it's a Reliant style torpedo housing.

Update : This is now identified as the "Newton Class"

This vessel is seen as the fleet is jumping to warp speed. We can see that it has a saucer, with no less than three nacelles beneath. The centre nacelle seems to be longer than the other two - possible the same type as the Kelvin's single nacelle - whilst the outer pair are shorter.

Update : This is now identified as the "Armstrong Class" 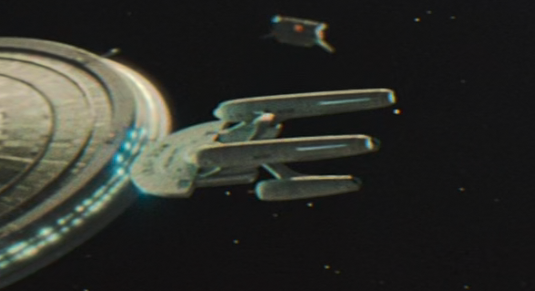 Update : This is now identified as the "Newton Class", the starboard secondary hull is hidden behind the port nacelle.

This one is somewhat Reliant-ish in design, with a saucer section and two nacelles beneath. No rollbar, though.

Update : This is now identified as the "Mayflower Class".