The purpose of this article is to examine some of the ideas that floated around after the original series of Star Trek was cancelled. Specifically, the notions about the structure of Starfleet and the Federation which were used by Franz Joseph in his influential Starfleet Technical Manual. I don't claim to be any expert on this period (it did happen when I was a little kid, after all). So this is just my own thoughts on the subject, rather than any attempt at a comprehensive examination. 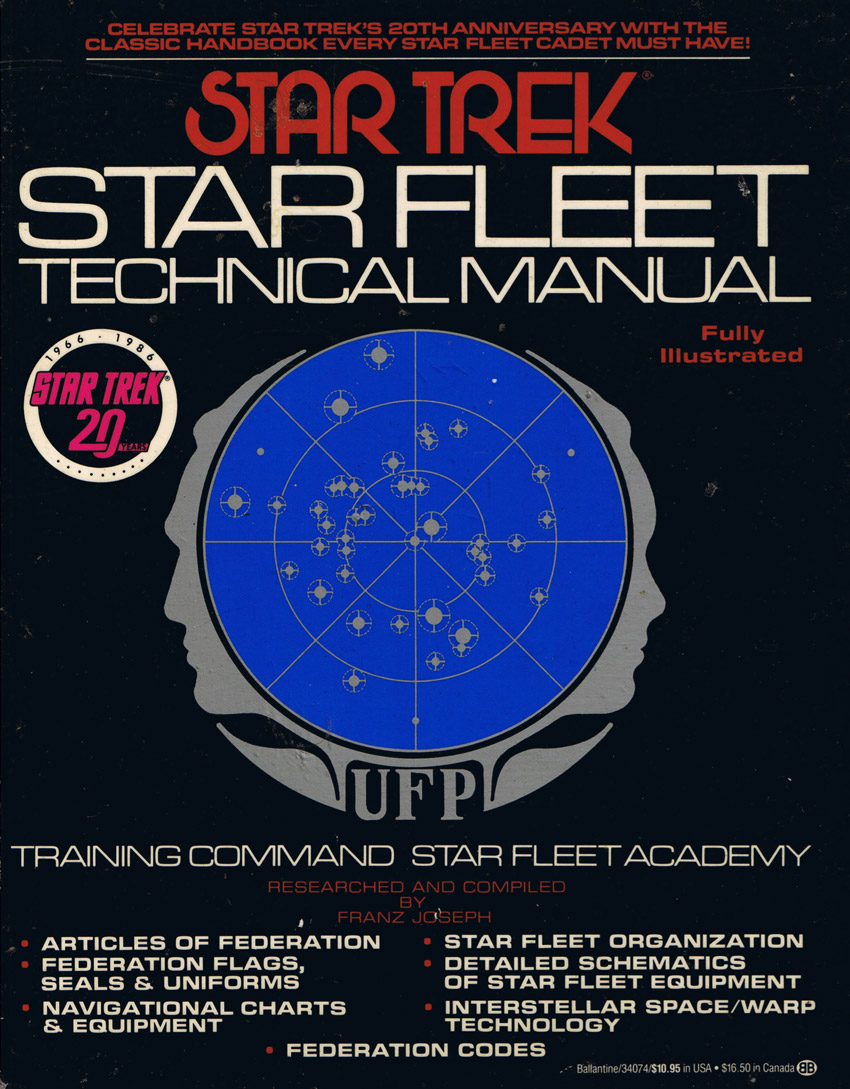 Part of those efforts was lending his support to Franz Joseph's work, the Starfleet Technical Manual. As Joseph himself described it :