Apart from the single Technical Manual reference to 1.02 Gigawatt phaser output, one of the problems with assigning high Terawatt figures to Star Trek ships lies in the episode 'The Survivors'. In this episode an image of a Husnock vessel created by a being known as a Douwd fires on the Enterprise-D. The following dialogue ensues : 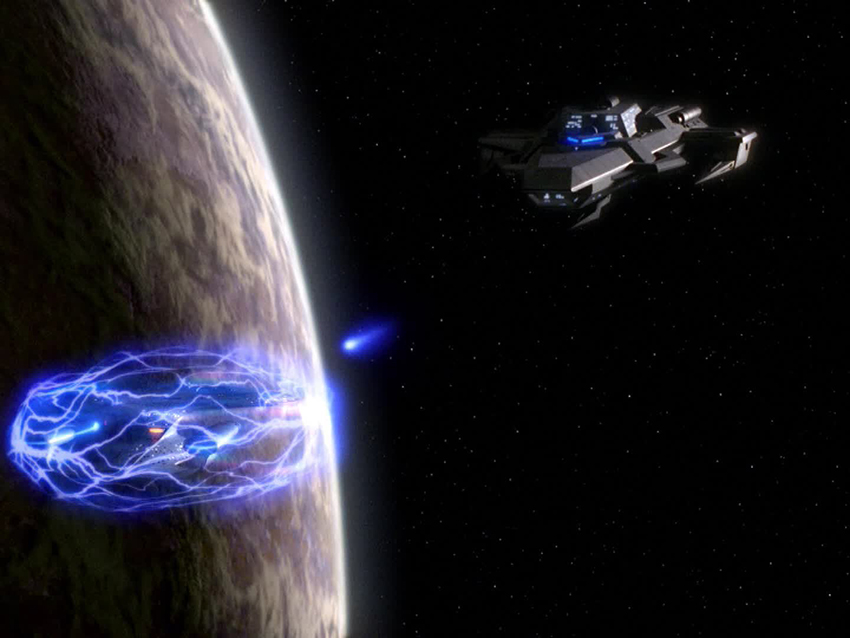 The Husnock ship firing on the Enterprise. [1] 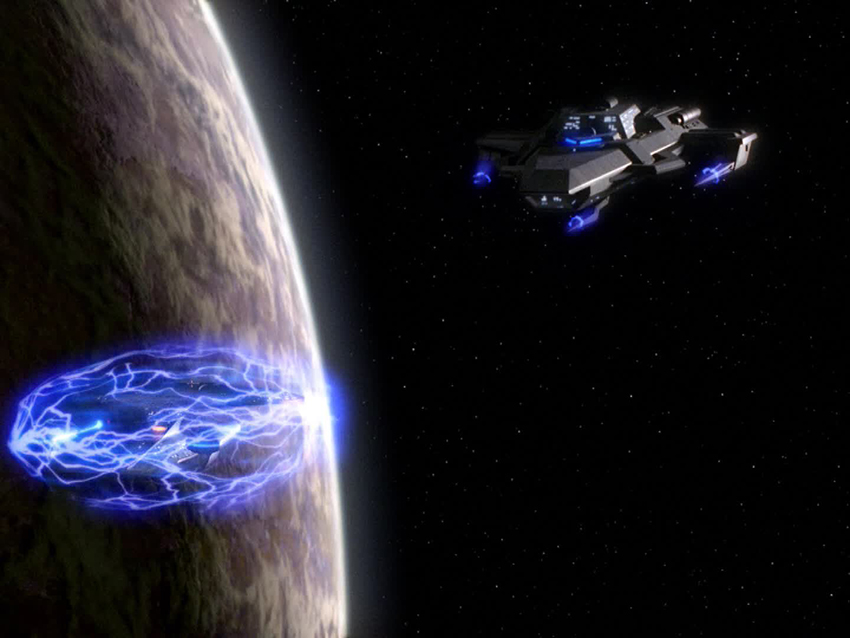 The effects of the weapon. [1]

Later in the episode the vessel returns and attacks again. This time :

There is no easy way to reconcile this number with any other value for weapons or shields - second attack was almost four hundred times as powerful as the Tech Manuals reference to the Type X phaser being 1.02 Gigawatts, and so even one or two shots should have overloaded the shields and destroyed the ship with ease - yet this doesn't happen. On the other hand, if the Type X is rated at 100,000 TW then a 400 GW beam should have no more effect than the 40 MW attack.
On the other hand, we know for a fact that different types and frequencies of energy can have different effects on Trek shielding - for example the Dominions Phased Polaron Beams passed through standard Federation shielding easily on their first encounter, but subsequent modifications to the shields made them far more resistant to these attacks. It is possible that the Husnock weapons were simply especially effective against shielding.

Overall I tend to put this incident down as a simple YATI (Yet Another Technical Inconsistency), but there is one possible way to reconcile it. I do NOT say that the following is what the authors had in mind, and I know it requires a slightly... imaginative interpretation of the dialogue. I simply offer it as a possibility.

The weapon fired antiprotons and positrons (anti-electorns), both forms of antimatter, jacketed inside something. Firing a pure antimatter beam at a shield would do nothing more or less than an equivalent beam composed of ordinary matter particles; given the dangers associated with storing and using antimatter, it seems pointless to use it in this way unless it gives some kind of advantage. So I suggest that what the antimatter stream was 'jacketed' with was a matter stream - this way, when the beam hits the shields the two streams would be brought together and annhilate each other, releasing a great deal of energy.

So what about the 400 GW reference? Well, I propose that this was the kinetic energy of the stream rather than the energy it released upon annhilation. To bring the shields down the Husnock fired a series of four pulses over approximately one second - I don't have the software needed to time it exactly, so I will assume that it is exactly one second.

If the Type X phaser is rated at 100,000 TW, then a Starship would consume 1.111 Kg of fuel per second to power that weapon. I'll assume that the Husnock weapon was, say, fifty times as powerful as this overall. In this case it would be firing a total of 55.555 Kg of matter and antimatter each second. So each shot would have a mass of 13.888 Kg and a kinetic energy of 100 GJ - and an detonation energy roughly equal to 4.6 photon torpedoes. The kinetic energy of the stream would be given by :


So the velocity of the stream would be :


Now when we see the Husnock ship firing on the Enterprise, the pulses certainly look like they're going a lot slower than lightspeed - but of course special effects are not a very good indicator of this kind of thing (phasers travel at c, and they usually look quite slow on screen as well).

As noted, I tend to regard this whole thing as a simple YATI. But I think the idea that Worf was talking about the kinetic energy of the beam does hold water, at least to some extent - he said 'equivalent firepower' was 400 GW, but he didn't say what that was equivalent to, after all!