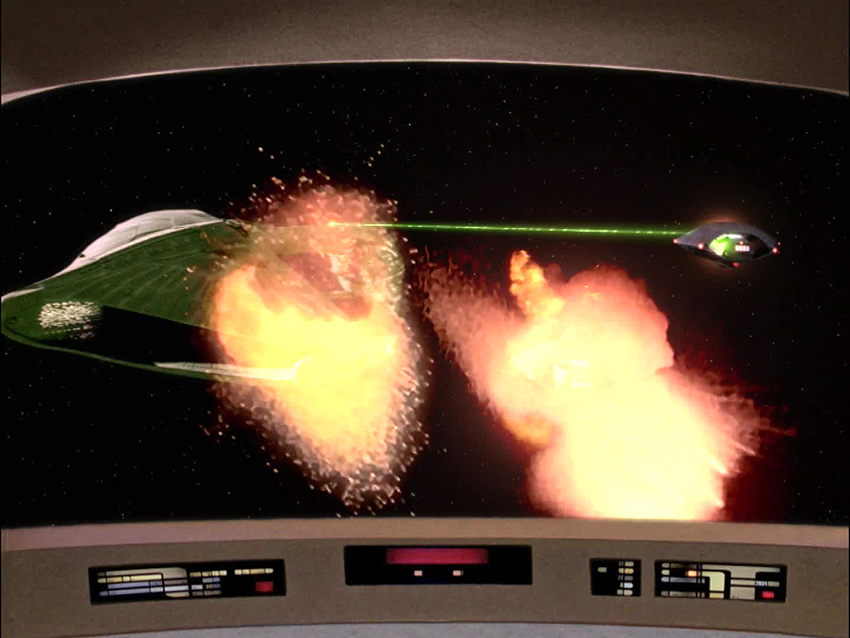 The last of the three Vulcan ships takes a hit as the first two explode. [1] 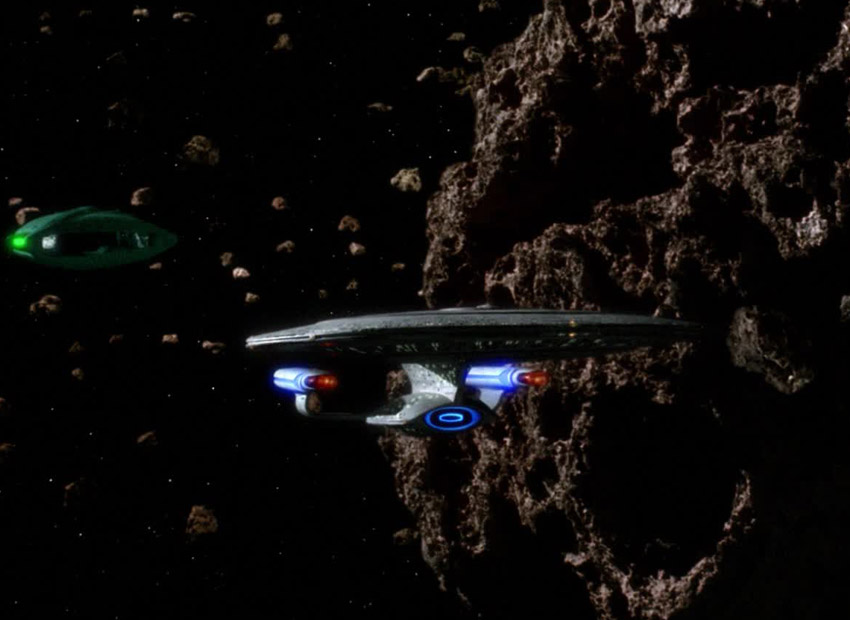 The Enterprise and a Romulan Warbird near the asteroid. No shot in the episode shows the entire asteroid in scale to anything else. [2] 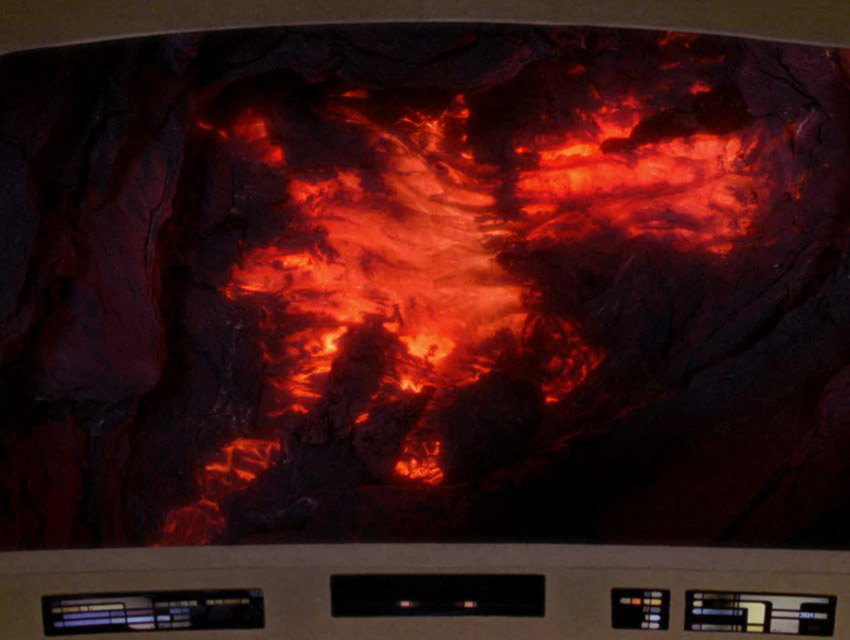 This view from the Enterprise-D's bridge shows the rock cooling. [2]