In this weekly data series powered by Parrot Analytics, we look at the top new TV shows of the past week across broadcast, cable and streaming that have premiered in the past 100 days.

“Star Trek: Prodigy” saw the largest spike in demand from last week — breaking into the top 10 of most in-demand new shows with a 26% jump for the week ending January 14.

While the first several episodes of the show charted a path relatively independent of franchise baggage, the show recently embraced “Star Trek” canon and has gone all in on references to past movies, shows and characters. The lesson — if you have the assets of a franchise, leverage them to excite and engage your audience. 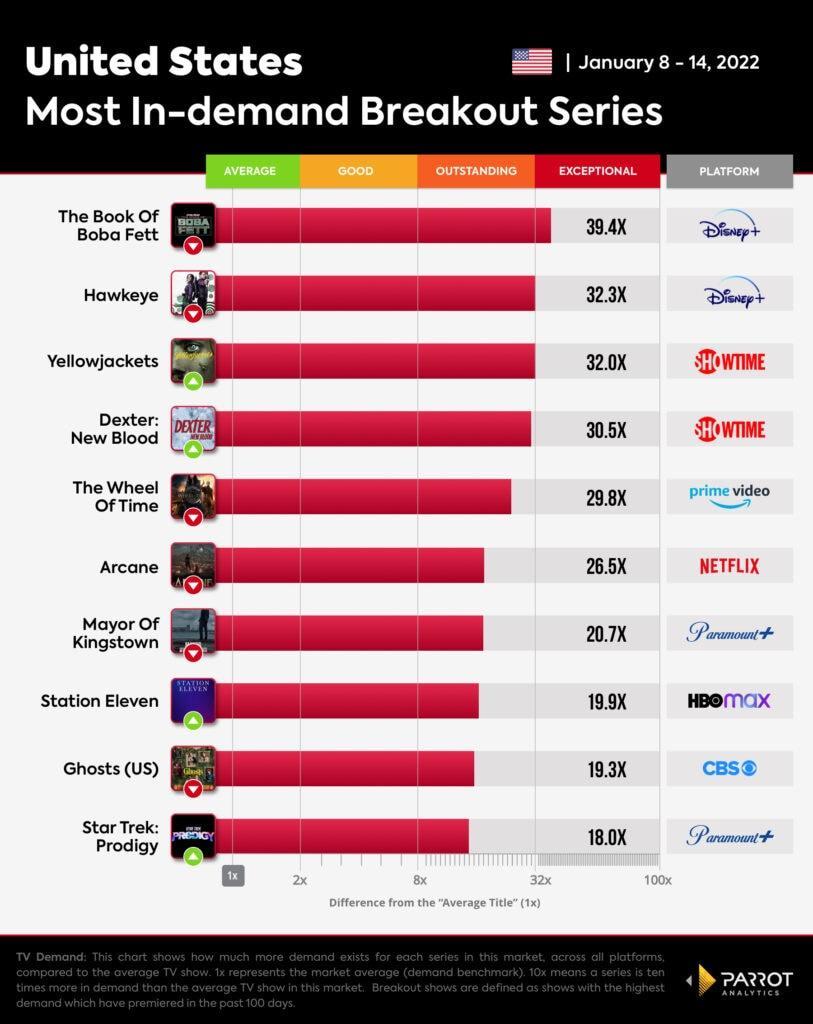