Next heat dome to build across Lower 48, aggravating drought, fires

Next heat dome to build across Lower 48, aggravating drought, fires 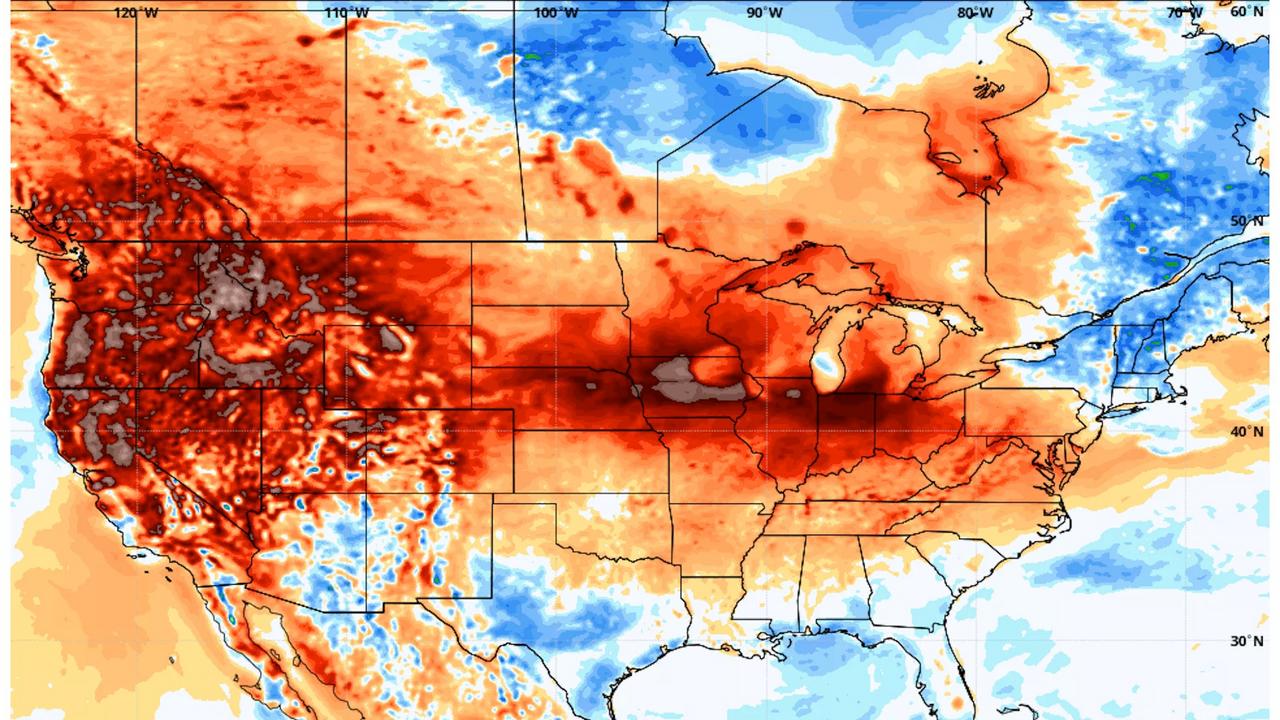 A significant and far-reaching heat wave is poised to build across much of the continental U.S. during the next few weeks, and it could be the most expansive in the country so far during this unusually hot summer, aggravating drought and wildfires.

The big picture: Forests across the West are already burning at a scope and intensity that's unusual for this time of year. Drought data released Thursday showed that what is already the worst Western drought so far this century is only intensifying. Any additional heat will aggravate an already dire situation.

The U.S. Drought Monitor shows that 65.4% of the Western U.S. is in "extreme" to "exceptional" drought conditions, the two worst categories on the scale, up from 52.8% on June 1.
The only modest relief in sight is for parts of Arizona, New Mexico, Utah and Nevada, where monsoonal moisture will bring rounds of thunderstorms. These storms could also ignite new fires, though, by delivering lightning but little rain in some areas.

Driving the news: A "heat dome," which is an area of high pressure aloft that helps to lock in place hot, dry weather, will form this weekend over the West and eventually migrate to a position across the Central Plains.

Computer models show temperatures climbing to 10°F to 15°F or higher above average for this time of year across the affected areas.
That may not sound like a major event, but late July is just past what is typically the hottest time of the year, which means temperatures will easily reach the triple digits from portions of the Pacific Northwest to the Plains, parts of the Midwest and Eastern U.S. (with the exception of the Northeast).

Return to “Politics and Current Events”