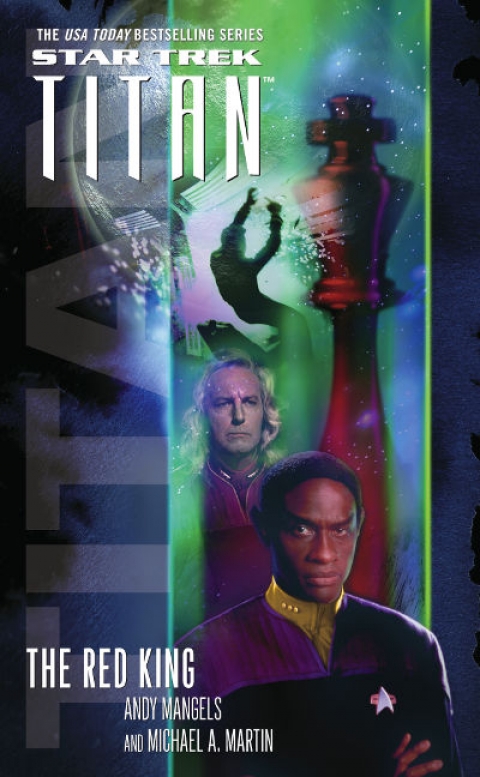 Investigating the disappearance of a secret Romulan fleet, the USS Titan, commanded by Captain William Riker, is unexpectedly propelled more than 200,000 light years into the Small Magellanic Cloud. One of the Milky Way's satellite galaxies, the Cloud is also home to the Neyel, the long-sundered offshoots of Terran Humanity, with whom the Federation has had no contact in eighty years. Nearby, Riker's uncertain ally, Commander Donatra of the Romulan Warbird Valdore, rescues a young Neyel, the survivor of a mysterious cosmic upheaval that seems at times to be both unraveling and reweaving the very fabric of space... the fulfillment of an apocalyptic vision that has already claimed millions of lives. Titan's science team soon finds evidence that the ravaging of Neyel space is the work of a vast and powerful intelligence: the stirrings of a dormant consciousness that is maintaining the existence of the Small Magellanic Cloud – and all life within it – from one moment to the next. And if it should awaken, the consequences are unimaginable. As Riker considers his options, his new crew struggles with the scientific and philosophical implications of what they've discovered...while the young Neyel in their midst forges a bond with the captain, conjuring old ghosts Riker has yet to lay to rest.